COVID-19: "Pandemic is accelerating", warns WHO

The following are the case counts as of 24 March.

[Note by ECDC: * This designation shall not be construed as recognition of a State of Palestine and is without prejudice to the individual positions of the Member States on this issue.]

[Note by ECDC: ** This designation is without prejudice to positions on status, and is in line with UN Security Council Resolution 1244/1999 and the International Court of Justice Opinion on the Kosovo Declaration of Independence.]

The following shows the geographic distribution of cumulative number of reported COVID-19 cases per 100 000 population, worldwide, as of 24 March 2020. 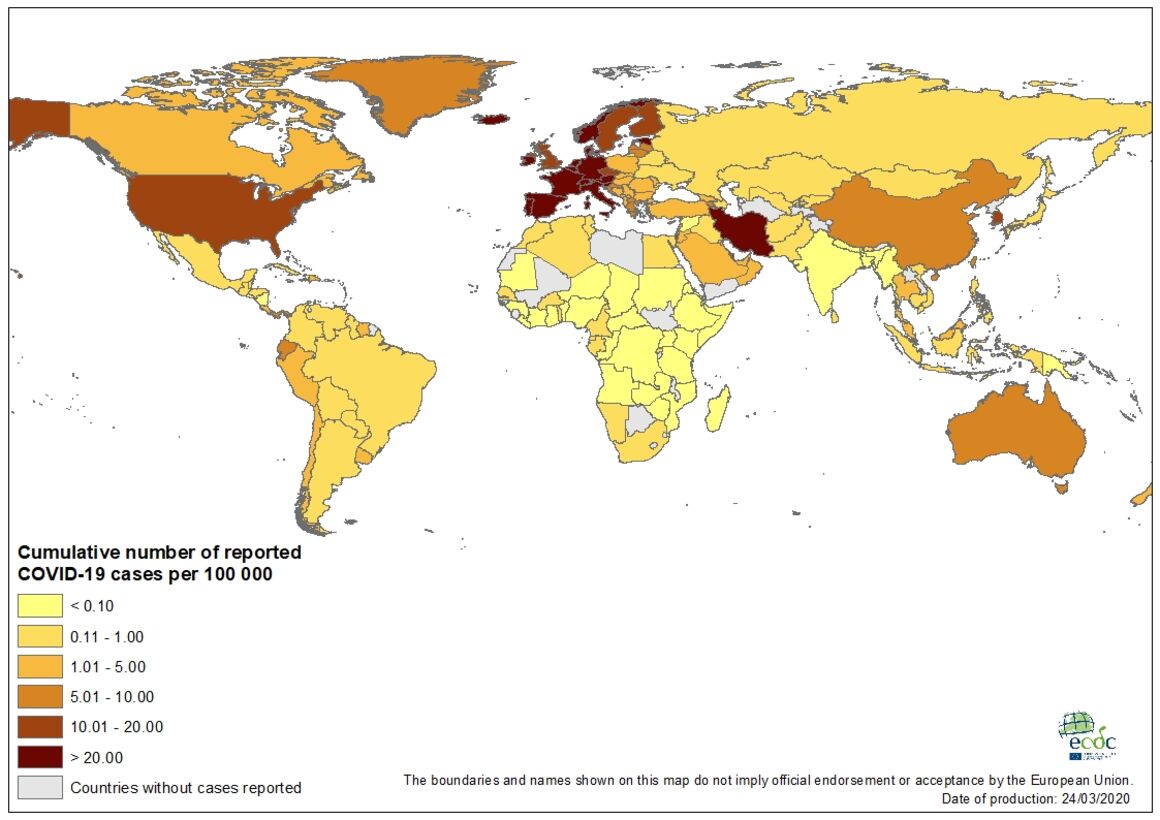 At the media briefing on March 23, WHO Director-General Dr Tedros Adhanom Ghebreyesus noted that more than 300,000 cases of COVID-19 have now been reported to WHO, from almost every country in the world.

Dr Tedros further warned that "the pandemic is accelerating".

"We can change the trajectory of this pandemic", he assured.

Dr Tedros acknowledged that asking people to stay at home and other physical distancing measures are an important way of slowing down the spread of the virus and buying time, but they are defensive measures.

"To win, we need to attack the virus with aggressive and targeted tactics – testing every suspected case, isolating and caring for every confirmed case, and tracing and quarantining every close contact", he reiterated.